In 2015, the Willow Wheelers went to Tanzania on their annual mission trip. Before travelling the group had been well prepared by the founder of the Wheelers, Christy Mc Daid.  Meetings were held to discuss schedules, itineraries, inoculations and visas.  Having crossed off everything on Christy’s checklist we headed for Dublin airport on a cold wet February morning.  Students, parents, teachers and friends were accompanied by Liam McDaid, Bishop of Clogher, and John Laizer C.S.Sp. – himself a Tanzanian Maasai. Arriving in Dar El Salaam before dawn, greeted by a warm breeze, we had a day to adjust and to recover from the long journey before beginning mission visits.

That Bagamoyo, our first destination, was the first ever Spiritan mission in East Africa made this trip particularly special.  On the way we stopped off at the recently-opened Libermann Boys’ School.  The principal, Gaudence Mushi C.S.Sp. explained how the local community, parents and Christian groups had raised the money to build the school.  Rows of smartly dressed boys greeted us and were delighted with the rugby balls we had brought. Fortunately Niall O’Connachtáin a Fifth Form teacher was on hand to give an impromptu rugby coaching session. Naturally we were keen to visit The Catholic Mission in Bagamoyo since it was here in 1868 that the Spiritans set up the first ever mission in East Africa to liberate slaves. Fr. John Henschel C.S.Sp., author of many booklets on the history of Bagamoyo, showed us around the Catholic Museum. The display of chains and shackles, which were used to incarcerate slaves, brings home the true degradation and suffering endured by the slaves.

The courage and faith of those who came to help the oppressed was also highlighted.  Faced with all kinds of disease, many of the first missionaries died young.  However, the seed of faith that they sowed continues to grow and this is symbolised in the large baobab tree planted in 1868 to mark the official opening of the Mission. 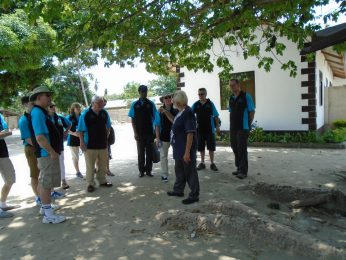 Next we travelled north to Arusha, witnessing first-hand how the Spiritans work with oppressed and marginalized communities.  The USA-River Health Centre, for example, cares for victims of AIDS.  Pregnant women who are HIV-positive are given anti-retroviral drugs to prevent their babies from contracting the virus.  To date the clinic has had a 100% success rate.  On the day we visited we met a little boy and his mum who had been waiting for hours to see the doctors.  Both were distressed as there was nothing to distract the sick child during the wait.  Toys donated by the Boys of Third Form kept the little boy entertained all afternoon much to the relief and gratitude of his mother.

Another project that stood out was the Tengeru Vocational Training School where students are taught both practical skills and academic subjects.   Without skills and training the young people have little or no hope of finding employment.  In fact, it was a common sight to see lots of unemployed youths in towns and villages. Willow Wheelers will buy tools and machinery for the workshops. 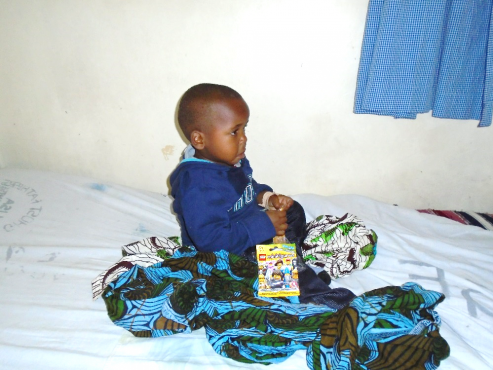 The Willow Wheelers trip is more than just visiting and funding projects; it’s also about strengthening the link between Spiritans in Ireland and in Africa.  As teachers the trip also gave us an opportunity to witness the heart of the Spiritan ethos and to share it with the children we teach.  To this end Willow boys donate football/rugby balls school items and small gifts for children living in Third World conditions.  It was when we were distributing the gifts that we realized the amount of thought the Willow boys had put into selecting the items.  Watching the Tanzanian children playing with the footballs, sharing football cards, assembling Lego kits and drawing reminded us that children are the same the world over.

Face to face with reality

The trip also affords an opportunity to meet people, listen to their stories and come face to face with the realities of living in developing country conditions.

The Maasai, for example, are suffering the consequences of global warming, rains are unpredictable and drought is widespread.   From a distance the Maasai paint a tranquil picture, tall lean figures draped in ‘Shukas’ herding cattle.  Up close, things look different; the Maasai women we met were emaciated, many with rotting teeth.

Richard Musodja C.S.Sp. links the poor health of his Monduli Juu parishioners to the lack of clean drinking water.  The urgency of the situation prompted a Wheelers-funded survey to find a viable solution for the water problem. 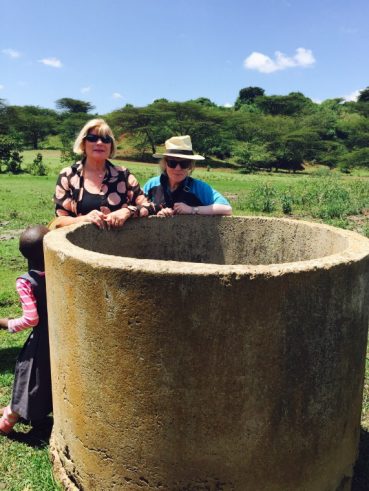 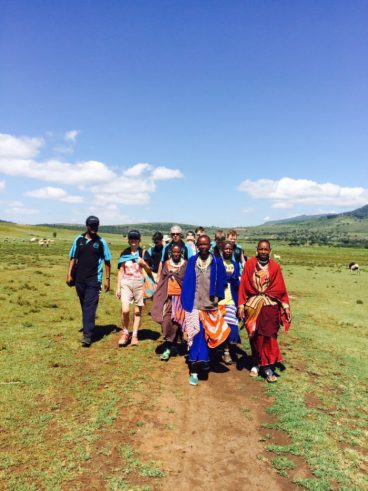 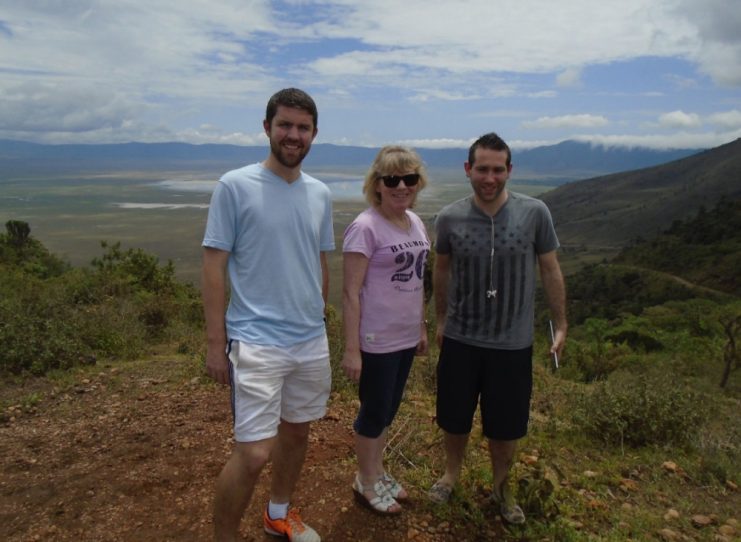 So much more could be re-written about our trip to Tanzania: the sight of Kilimanjaro, the Ngorongoro Safari experience and the long Swahili Masses.

In Tandale shanty town we met Sr. Ingrid, a member of Our Lady of Africa Sisters, actively involved with feeding and educational programmes. She admitted facing overwhelming challenges daily but said that “it is the small things that matter, small good deeds lead to greater gestures” She added that ‘The Willow Wheelers are a blessing’, she thanked the Wheelers for their donation and encouraging people like her to carry on with their work.   I am extremely grateful to have been included on the Tanzania trip and I hope to share what I have learnt with colleagues and students.